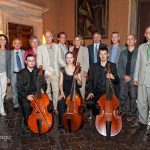 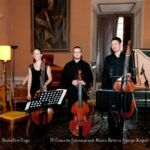 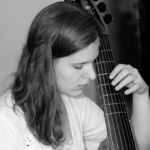 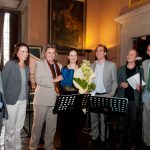 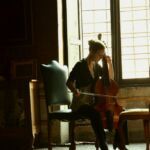 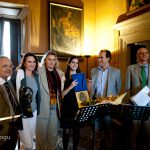 The Centro Studi e Ricerche Santa Giacinta Marescotti, a non-profit association of the town of Vignanello, promoting the third edition of theInternational Competition Prince Francesco Maria Ruspoli, with thePresident of M° Paulo Pandolfo for the Lirycal Singing Section and Prof. Georgio Monari as Scientific Director for the Musicological Section.

Unlike the last edition dedicated to Lirycal Singing, this edition is aimed at interpreters of Baroque instrument. This choice is in line with the objectives of the Competition, which is to achieve a complete event, dedicated, year after year, to the various artistic expressions of the Baroque period. Exploring the various aspects of musical, historical, artistic, cultural and gastronomic baroque, the Centro Studi aims to create an opportunity for study, sharing and re-enactment of the baroque atmospheres.

The purpose of the event is to find and give expressive form to the genius loci, represented by the music that was the identity of Vignanello and Castello Ruspoli in the court of Prince Francesco Maria. Proposing Vignanello as a place for dissemination of baroque music, like other European circuits, the Centro Studi want to establish dialogue and partnerships for future collaboration with baroque international centers and their festivals, such as Halle and London.

As with last year the Competition is dedicated to Prince Francesco Maria Ruspoli, key-personality to the architectural development of Vignanello and baroque music.

The dedication to the art, the passion for beauty in life and commitment to elevate his court a center of cultural activities: that’s why we want to remember Prince Ruspoli, who was patron of great talents as Hotteterre “The Romain, Georg Fridrich Handel, Antonio Caldara, and Poets of the Arcadian Academy.

During the ‘700 artists from  Europe, most active in music then Italy, could not give up at least once in their careers, to spend some time in Italy, always considered the home of music, to learn a particular and pure management in melodic expressive material informed on the attitude of Italian music. Under this practice, the composer George Fridrich Handel stayed in Italy for some years, even in Rome, where he met Prince Ruspoli. Thanks to his generosity Handel could stay at the court of Prince Ruspoli for a few months. This permanence that so enriched his style and its expression particularly in opera production, was not without work. We remember the Resurrection, performed just Vignanello on Easter Day, the Salve Regina, and several cantatas (around a hundred) in the majority for a voice and bass, among which stand out for originality and expressiveness Armida Abbandonata, Agrippina condotta a morire and Lucrezia.

This initiative will represent a tribute to the spirit with which the Prince Francesco Maria Ruspoli made the castle a place of protection and support for artists of the time, and in whose rooms are inspired, and played the first performances of important works in the most desirable for a composer of the eighteenth century.

The Centro Studi has gathered as a precious legacy the patronage of Prince Ruspoli, and propose it again in today’s modern generations who will have the opportunity to relive the atmosphere of Castello Ruspoli, a place where many artistic experiences were accepted.

The 2012 edition of Competition consists of two sections which are both dedicated to the Baroque period:

With a presidency of M° Paolo Pandolfo for Instrumental Section and with the collaboration of Prof. Giorgio Monari, Responsible for the Scientific Section of Musicology, Centro Studi want to give a chance to young talents, this year too.